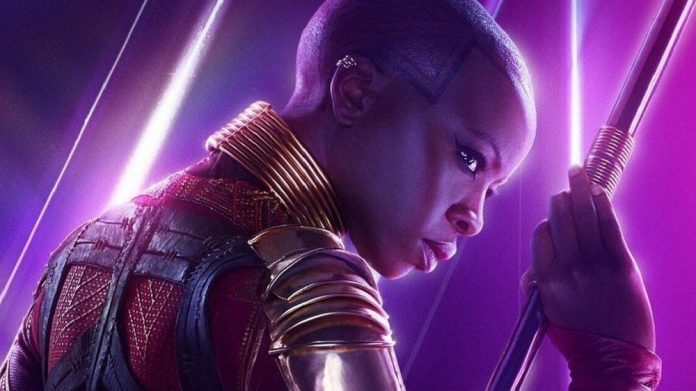 Black Panther star Danai Gurira confirmed expectations she’ll be reprising her role as Wakanda’s Dora Milaje leader Okoye in the Marvel Studios blockbuster’s sequel. And while studio president Kevin Feige reconfirmed the development of Black Panther 2, he didn’t provide a release date, or any other information, about the anticipated follow-up.

“Listen, listen… literally, I have no information, that’s the beauty of our conversation right now,” Gurira told MTV at San Diego Comic-Con when promoting her final season of The Walking Dead. “Mr. Coogler says, ‘Tell them we’re working hard, and you’re in it.’ That’s all I got for you [laughs].”

Asked about the return of co-star Michael B. Jordan — whose Erik “Killmonger” Stevens was killed off in the first film — a tight-lipped Gurira laughed.

“We all love Michael, we can never get enough Michael B,” she said. “I mean, you can never get enough Michael B, we all know this.”Wakanda’s mighty general of the Dora Milaje last appeared in Avengers: Endgame (directed by Joe and Antony Russo) as a member of Earth’s Mightiest Heroes, having survived Thanos’ snap, or, as it’s referred to in the MCU, the Blip. Marvel Studios has not formally announced the Black Panther sequel, so details regarding a release date or the cast are scarce.

Deadpool 2 Director Hopeful About Bringing Series to the MCU