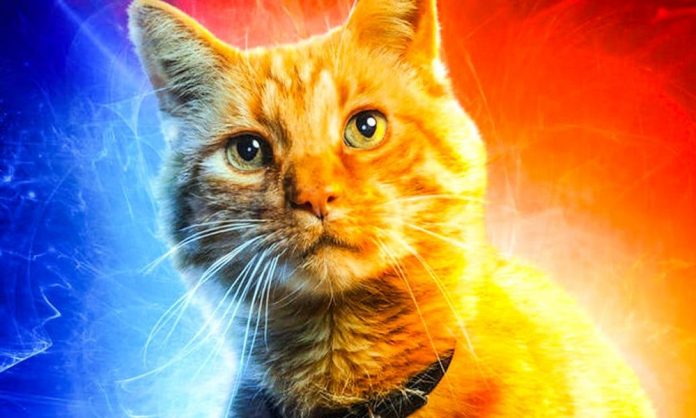 What a purrfect thing for Marvel Studios to launch today- a livestream devoted to the one and only Goose the Cat from Captain Marvel.

In a live stream from Marvel Entertainment’s YouTube channel, Goose the Cat ran around a small set for about an hour, jumping around a set of Captain Marvel posters and merchandise while a green screen changed a few different locations in the background.

Nick Fury actor Samuel L. Jackson showed up at one point to pet the cat before wandering off, apparently confused about what the heck was actually taking place. You can watch it in the video player above.

The first “public” screening of Captain Marvel happened in Los Angeles and so far, the reactions are overwhelmingly positive. Everyone loves Goose the cat, everyone loves Ben Mendelsohn, and everyone LOVES Brie Larson as the good Captain.