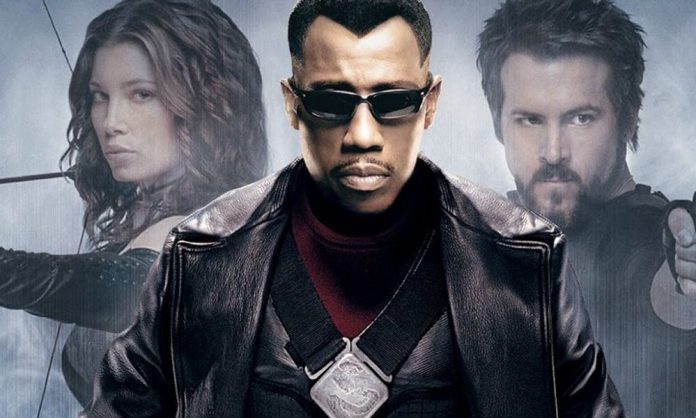 If you ask a fair share of fans what they’d like to see in the future of the Marvel Cinematic Universe, they’re sure to cite a new Blade film. And thankfully, it looks like Wesley Snipes might be in a new Blade movie soon.

A new report states that Marvel is quietly working on an R-rated Blade movie with Wesley Snipes expected to return in some capacity. The studio reportedly already even has a script, though it’s not clear who wrote it at this point in time.

Further, it states that Eric Brooks, aka Blade, will be training his daughter, likely Fallon Grey from the pages of Marvel Comics. There has been quite a bit of speculation in the past that, if Marvel were to revisit Blade with Wesley Snipes, it would be in a passing the torch capacity and that Fallon Grey would be used in order to make that happen. While there is no guarantee this project sees the light of day, even if it is actually being developed behind the scenes, there are a few reasons to think this rumor may have at least some, if not more than some, truth to it.

Though none of this guarantees that another Blade movie will actually see the light of day, Feige has certainly shown himself to be open to the idea in the past, and Snipes himself claims to have been in talks with Marvel for years about a reboot, suggesting that he’s very serious about trying to make this happen.

What’s more, the fan demand is definitely out there for more Blade movies, though with Snipes currently at the age of 56, passing the torch to a younger star like Fallon might be the most viable move, especially if Marvel is looking to up the number of female superheroes in their line-up.