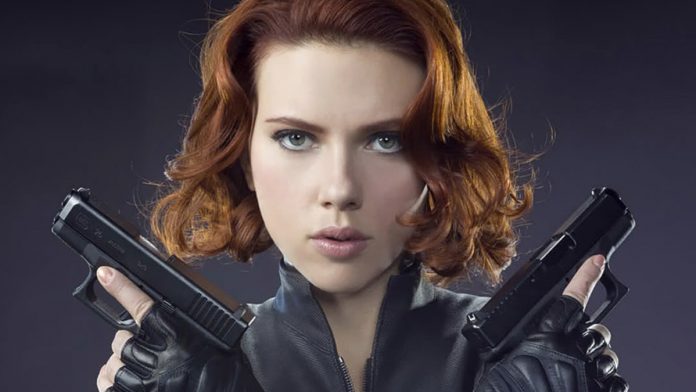 A new theater standee spotlights Scarlett Johansson’s Black Widow ahead of the film’s May release date.

A photo seeing Natasha Romanoff in six-foot-tall, cardboard cut out form is making the rounds on social media as the hype for the film continues to rise. The standee is simple, it’s Natasha wielding her batons while wearing her latest costume and standing in front of a Black Widow symbol. The symbol behind her seems to have a red glow to it.

Here is the official synopsis for Scarlett Johansson’s Black Widow:

In Marvel Studios’ action-packed spy thriller “Black Widow,” Natasha Romanoff aka Black Widow confronts the darker parts of her ledger when a dangerous conspiracy with ties to her past arises. Pursued by a force that will stop at nothing to bring her down, Natasha must deal with her history as a spy and the broken relationships left in her wake long before she became an Avenger.

Mark Ruffalo Talks About Plans To Shoot a Hulk Vs. Wolverine Movie