Home Movie News Check Out the First Photo of Angelina Jolie and the Cast of... 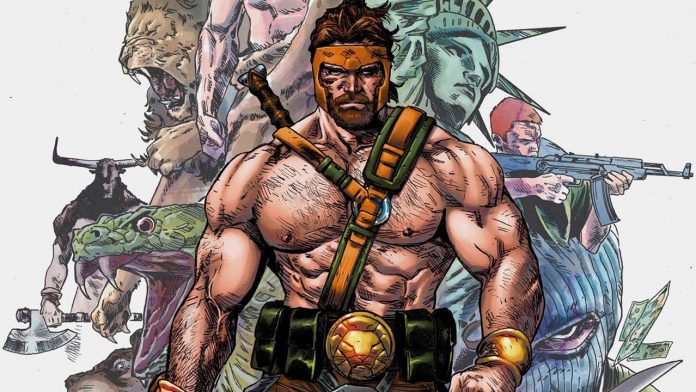 Jolie, making her second appearance at a major San Diego Comic-Con panel, pledged to do right by the fans who waited in line for hours to see them show up in Hall H.

“I’m so excited to be here,” Jolie said at the Marvel Studios presentation. “I’m going to work 10 times harder because I think what it means to be a part of the MCU, what it means to be an Eternal, to be a part of this family, I know what we all need to do. We have all read the script. We have all know what the task ahead is and we are all going to be working very, very hard. I’m training. I am thrilled. Thank you so much.”

The cast includes Richard Madden, Kumail Nanjiani, Lauren Ridloff, Brian Tyree Henry, Salma Hayek, Lia McHugh, Don Lee and Angelina Jolie. Madden, Nanjiani, Jolie, Lee, and Hayek were previously announced as part of the cast. Arguably the biggest surprise, however, was Ridloff, who is not only the first Deaf actress to join the Marvel Cinematic Universe, but also the first to portray a Deaf character within the MCU as Makkari. More casting announcements are certainly on the way, but for now, it is clear that Marvel Studios is firmly working towards including more diversity in its product, both on and off-screen.

The Eternals arrives in theaters on November 6, 2020.