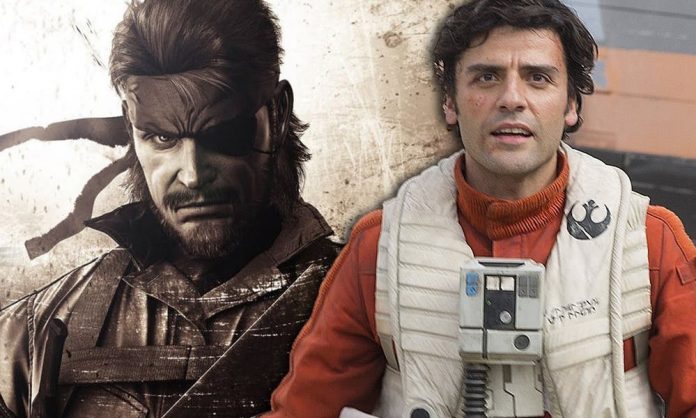 “Metal Gear Solid, that’s the one,” said Isaac in an interview with IGN while promoting Netflix’s Triple Frontier. “I’m throwing my hat in for that one.”

After numerous unsuccessful attempts to adapt that critically-acclaimed espionage epic as a live-action film, director Jordan Vogt-Roberts, who previously directed the 2017 film Kong: Skull Island, is currently working on a Metal Gear Solid movie. The writer of the Metal Gear cinematic adaptation is Derek Connolly, who also happens to be the writer of Star Wars: Episode IX.

Twitter user BossLogic, an artist well-known for mock-ups of beloved movie characters and other original works, tweeted out an image of Oscar Isaac as Solid Snake. Now, Vogt-Roberts has revealed on Twitter that he was actually the one who was behind BossLogic’s inspired Isaac artwork; he got in touch with the artist to specifically request it.

As per the words of Vogt-Roberts, it now looks like the ball is in Isaac’s court if he wants to be considered for the role of Solid Snake in Metal Gear Solid. Judging from the community’s reaction to this latest news as well as Vogt-Roberts’ own praise in his latest tweet, notably that Isaac is one of the director’s “favorite actors to watch,” it’s starting to look like there’s a not insignificant chance that the casting for Solid Snake is a done deal if both parties reach out to each other.