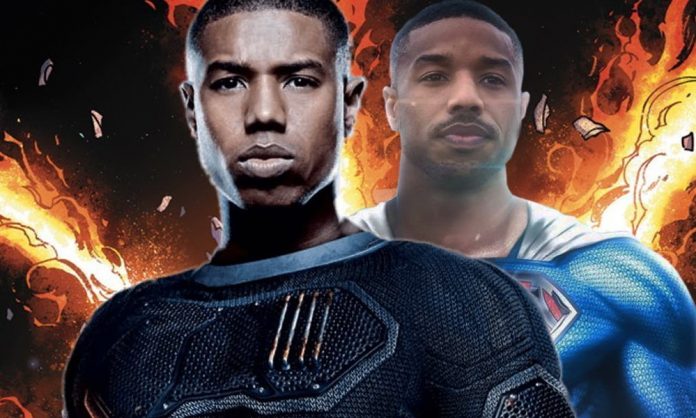 Some new fan art features Michael B. Jordan as Val-Zod – Superman from Earth-2.

While the DC film universe is still going strong, one of the big questions going forward is exactly what is the future of the company’s biggest star. There are apparently no plans for another Superman movie at the moment and indications have been that when that changes, Henry Cavill may not be involved. One name that has popped up attached to the Man of Steel is Michael B. Jordan.

Artist Daniel Savage posted an illustration he created on his personal Instagram featuring Jordan as Val-Zod/Superman. Similar to the comics, the biggest difference with Cavill’s Superman suit and Val-Zod’s are the silver accents – from the cape to the chest emblem – but the texture and design of the suit is nearly identical to the suit in the DCEU. Check out the image below:

This wouldn’t be the first time that Jordan has been fan-cast as Superman. When it was originally believed that Cavill might be hanging up the cape and passing the torch to a new actor, there was plenty of speculation as to who might be his replacement; and one name that was circulating among fans was Jordan. In fact, Jordan was even featured in another piece of fan art as Val-Zod from the artist known as BossLogic.