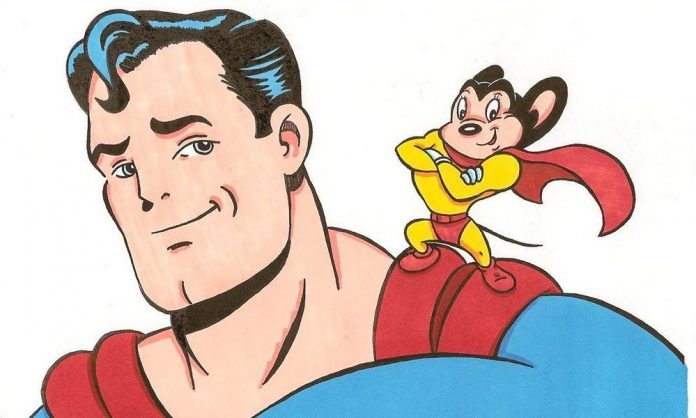 The high flying superhero mouse is soaring into a new generation with a Mighty Mouse movie in the works.

According to Deadline, Mighty Mouse is being made into a live-action animation hybrid. Jon and Erich Hoeber have been set to script Mighty Mouse’s newest adventure. The duo handling the script have joined forces before with their work on The Meg, Red and the upcoming film My Spy, starring Dave Bautista. The Meg, starring Jason Statham, is an action-packed underwater monster movie which grossed almost $50 million opening weekend at the box office. With the popularity of the iconic character, and fresh off the recent success of The Meg, no doubt the Hoebers may have another box office headliner on their hands.

Mighty Mouse was created by Paul Terry, and first hit screens in 1942. The character is a clear homage to Superman, as he possesses many of the same powers as the Man of Steel, including flight, super strength, and x-ray vision. The character appeared in several theatrical shorts but didn’t really take off until 1955, where he started appearing on television in Mighty Mouse Playhouse. The show ran from 1955 until 1967, and while the character has appeared in two subsequent animated series, neither one reached the popularity of the original.

Are you excited for a new Mighty Mouse project? Let us wk now in the comments!