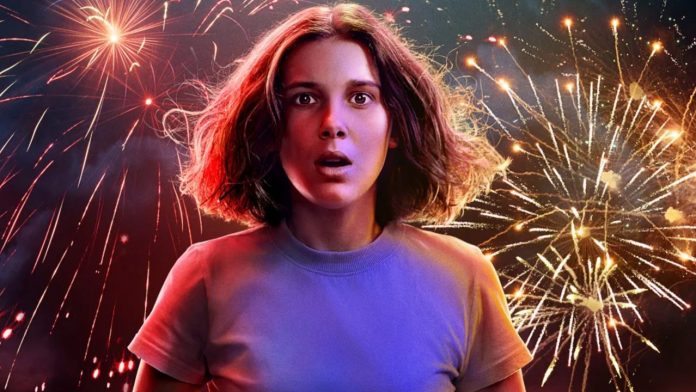 In a preview for Marvel Studios’ upcoming Hall H panel at San Diego Comic-Con, Variety’s Matt Donnelly said that among the new franchises Marvel is set to unveil at the presentation is The Eternals. Donnelly then mentions the previously reported cast members for Chloé Zhao’s film, including Angelina Jolie, Kumail Nanjiani and Richard Madden, before dropping in the Stranger Things stars name. This is the first we’ve heard of this, so is Millie Bobby Brown joining The Eternals?

If Brown is joining the cast of The Eternals, it’s a move that many have been waiting to see. Ever since she visited the set of Avengers: Infinity War and shared some time with Anthony and Joe Russo, fans have hoped that Brown would join the MCU sooner rather than later.

Any confirmation would presumably be coming at San Diego Comic-Con. So Millie Bobby Brown joining The Eternals isn’t official yet, but then again, Marvel hasn’t formally announced any of the other cast members yet either.

If her deal with The Eternals goes through, then it’ll likely be the next project she does following the filming of Enola Holmes this summer.

Keanu Reeves Rumored to Star in Marvel’s The Eternals