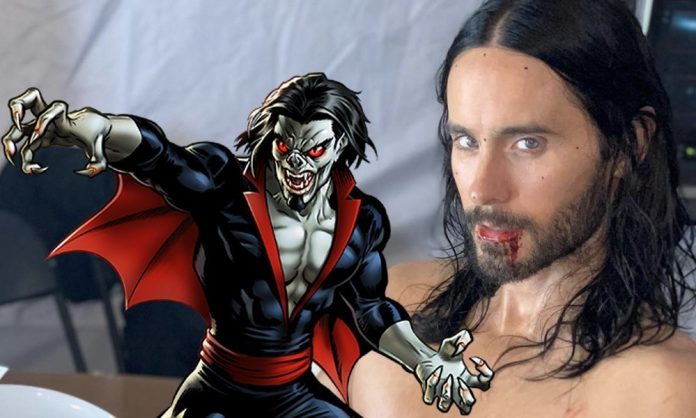 Jared Leto has taken a quick break between filming scenes of Sony’s solo Morbius film to share some birthday cake and an almost NSFW photo of himself from the set of the upcoming vampire movie.

Posted on Leto’s Instagram, the photo reveals a hot and sweaty, muscular Leto topless and holding a birthday cake with fake blood smudged on his mouth.

The cake is in honor of this year being the tenth anniversary of This Is War, the best-selling album from Leto’s band 30 Seconds to Mars. To commemorate the event, the band is holding a weekend-long concert mini-festival this September in the Santa Monica Mountains of California.

(Better Call Saul Season 5: It Will Not Premiere Until 2020)