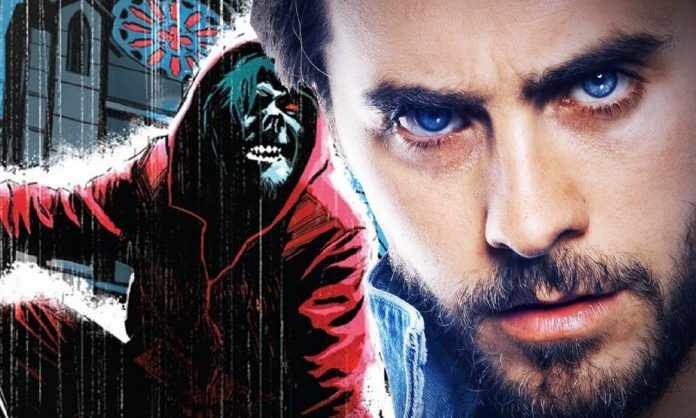 In a post on his Twitter account, Leto shared a photo from the film’s set, in-character as Michael Morbius, Marvel’s living vampire. While the actor was partially obscured, it does provide a first look at the character.

Additionally, Leto’s post indicates that there are eleven weeks of principal photography remaining, putting the solo antihero film on track to wrap filming by late May for its 2020 theatrical release.

Sony officially announced the Morbius the Living Vampire movie in late November 2017, with Burk Sharpless and Matt Sazama on board to write the script. Later, in June 2018, Leto was cast as Morbius and Life’s Daniel Espinosa was hired to direct. Since then, Morbius has fleshed out its cast to include Adria Arjona as Martine Bancroft as well as Matt Smith and Jared Harris in undisclosed roles. Now, with Morbius filming started, fans will hopefully get more insight into what to expect from the movie – whether through officially released images like this one or unofficial set photos from the production.

Of course, Morbius the Living Vampire fans will still be looking forward to a full look at Leto in costume as the titular character. The above photo seems to be from before his transition since he appears to have a fairly natural skin tone and eye color. Whereas, as the living vampire in the comics Morbius appears with very pale skin and either red or glowing eyes – and fangs. So fans will have to wait to get an idea of what Leto will look like in full vampire costume and makeup, and whether that arrives via an official photo or set photo remains to be seen. But at the very least, fans have gotten their first look at Leto in Morbius and will learn more about the movie as filming continues.