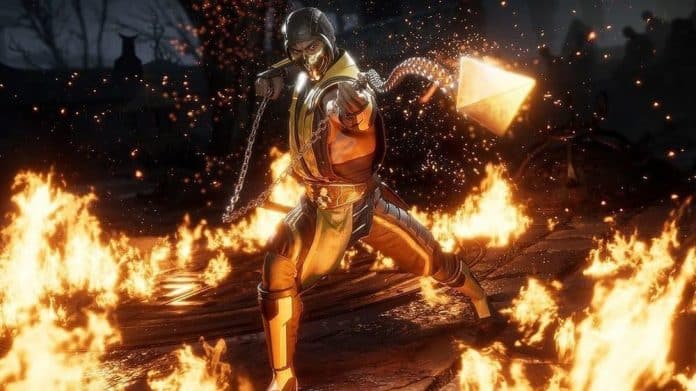 The confirmation comes from Greg Russo, who posted about the start of filming on Twitter. Russo is making his screenwriting debut on the film, though he is also the writer on the upcoming Resident Evil film reboot.

“May the Elder Gods watch over us!” Russo excitedly tweets with the hashtag #ITHASBEGUN, referencing Shang Tsung’s iconic line. The tweet includes a picture of a film clapper containing the iconic Mortal Kombat dragon logo. The logo itself appears to be based on the 1995 film’s design rather than one used by the game franchise.

Russo might be the first to show off the actual filming, but he’s certainly not alone when it comes to teasing the movie. Several actors, including Lewis Tan and Mehcad Brooks, have been regularly posting on social media about the film since it was announced that they were cast, though they’ve never gone quite so far as to show off their costumes or anything like that.

“It’s so fun finding Jax’s fighting style, his swag and his relentless power punches that need to feel like they’d put a fucking hole in a barn,” Brooks recently shared online. “Happy to be working with some of the best stuntmen, sensei and fight choreography team in the business. Y’all ain’t ready.”

Mortal Kombat is produced by Aquaman’s James Wan and is expected to be Hard-R as it will finally give us the signature violent fatalities from the games.

Warner Bros. will be distributing the film and has given it a release date of March 5th, 2021.

Mortal Kombat Movie Will Include Fatalities, Have R-Rating