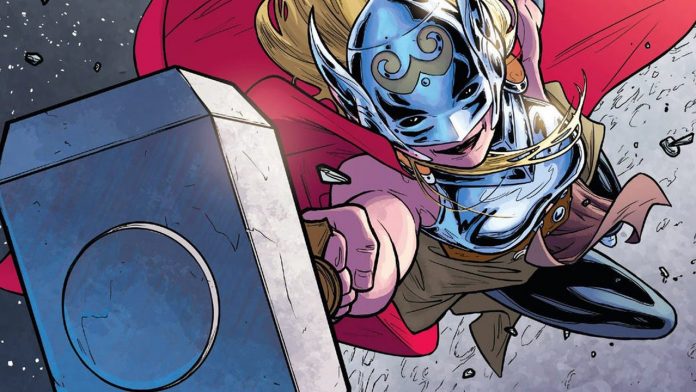 Natalie Portman is returning to the Marvel Cinematic Universe to play Female Thor in Thor: Love and Thunder. At Marvel Studios’ panel during Comic-Con International in San Diego, Thor: Ragnarok director Taika Waititi announced he was drawing inspiration from Mighty Thor for his upcoming film. That’s when Portman took to the stage, revealing she was returning to the MCU and confirmed she’d be becoming Thor herself.

There’s a precedent for Jane Foster becoming Thor as in the comics she held the mantle for several years starting in 2014’s Thor #1. On the comic book side of things, Jane Foster became Thor after the original Thor was deemed unworthy to wield his hammer, Mjolnir. Also, in the comics, Jane gets cancer following the death of her family. She receives assistance from Asgard, and one day shows she is worthy to wield Mjolnir. The power of the hammer and transformation into Thor was revealed to perpetuate cancer each time she transformed.

Portman made her debut as Jane Foster in 2011’s Thor, and reprised her role for the sequel. However, she didn’t appear in Thor: Ragnarok, with Portman having seemingly parted ways with Marvel Studios. In that movie, Thor revealed he and Foster had broken up, explaining her absence from the film.

Portman will star opposite Chris Hemsworth and Tessa Thompson, who are returning as Thor and Valkyrie respectively. Thor: Love and Thunder will arrive in theaters on November 5, 2021.

Jon Favreau Says Marvel Has No Plans for Iron Man 4