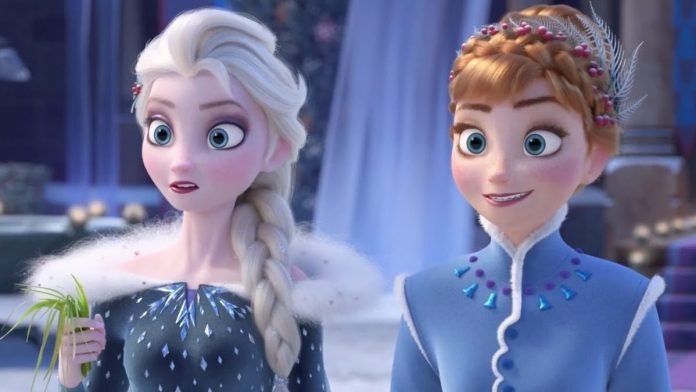 Walt Disney Animation has released a brand new poster for Frozen 2, the highly-anticipated sequel to the 2013 Oscar-winning animated hit.

Ahead of the sequel’s first full trailer, Disney has released a new teaser poster for the highly anticipated Frozen 2, which features the two sisters standing strong in the middle of a misty forest. The snowy mountains of Arendelle are gone, replaced by eerie, thin trees and fallen leaves.

In Frozen 2, Anna and Elsa travel beyond Arendelle on a new quest. But what are they after? More will be revealed in tomorrow’s trailer.

The full synopsis for Frozen 2 reads: “Why was Elsa born with magical powers? The answer is calling her and threatening her kingdom. Together with Anna, Kristoff, Olaf and Sven, she’ll set out on a dangerous but remarkable journey. In Frozen, Elsa feared her powers were too much for the world. In Frozen 2, she must hope they are enough.”

‘Scary Stories to Tell in the Dark’ Debuts First Trailer

Captain Marvel: Yon-Rogg & Vers Team Up Against Skrull Army In...