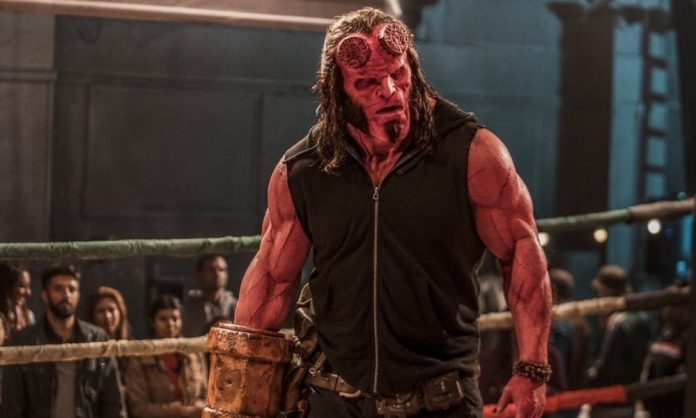 The 33-second clip focuses on Bruttenholm educating a pizza-eating Hellboy on the Osiris Club as allies in a world built on secret societies. As he waxes on about how they team up to stop supernatural threats, Hellboy seems bothered by the fact he’s being called into duty, alluding to his version of the Osiris Club being a “strip club from Jersey.”

Hellboy finds Harbour’s half-demon called to the English countryside to battle a trio of rampaging giants. There he discovers The Blood Queen, Nimue (Milla Jovovich), a resurrected ancient sorceress thirsting to avenge a past betrayal. Caught in a clash between the supernatural and the human, Hellboy must stop Nimue without triggering the end of the world.