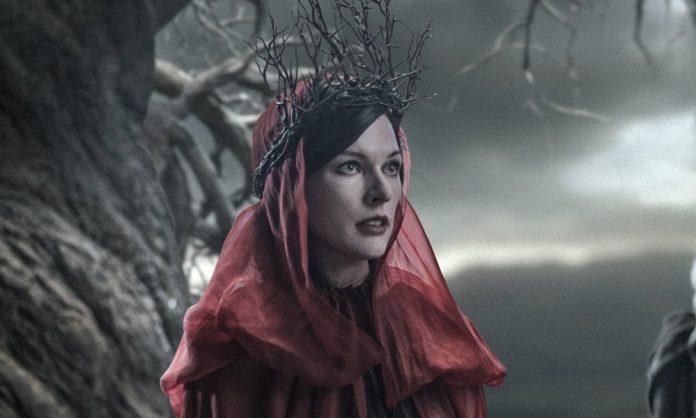 The images are from the movie’s official Twitter account and show Hellboy sporting his iconic gun, the Samaritan, as he talks to his partner, the magic-wielding Alice Monaghan. The other image showcases Big Red in a full-body shot.

As for Nimue, her image appears to be set in the past, before she became the villain known as the Blood Queen. Set against a bleak backdrop, with her wooden crown and red cloak, it definitely brings the feeling of the occult that Marshall has promised in his gory R-rated take on Mike Mignola’s source material.