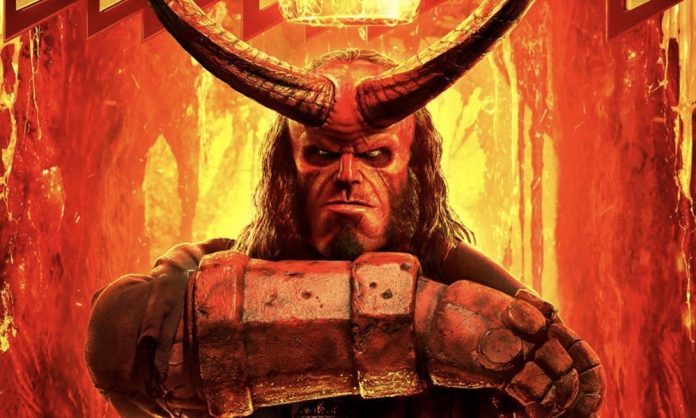 With a little over a month until the wide theatrical release of Hellboy, creator Mike Mignola shared a new poster for the reboot with a tease that the second trailer is coming soon.

We know one major difference between this film and del Toro’s is an R-rating, which the MPAA confirmed yesterday is due to “strong bloody violence and gore throughout.” These posters certainly throw a lot of red at you, and I’m curious to see if tonight’s new trailer will be red-band in nature, offering up a true look at what the film actually is.