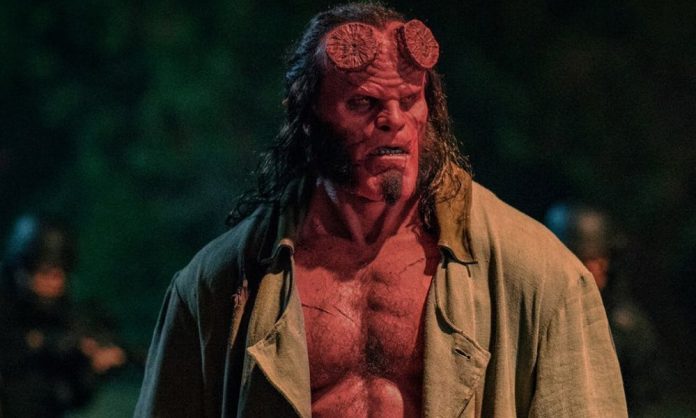 The official Twitter account for Hellboy just released a batch of new high-quality stills featuring the titular character (David Harbour) and a slew of supporting cast. Naturally, Big Red is featured prominently throughout.

In one photo, he’s riding a horse alongside a group of characters called the Wild Hunt who look as though they’ve been pulled straight out of The Adventures of Robin Hood. The other photos reveal Lane’s Alice Monaghan in the background, while another shows McShane’s Professor Bruttenholm, who was originally played by the late John Hurt. Check out the tweet below to see the images:

As seen in the two trailers and dozen or so stills released so far, Neil Marshall’s reboot of the franchise looks like a much darker take on the character than Guillermo del Toro’s two previous films starring Ron Perlman.