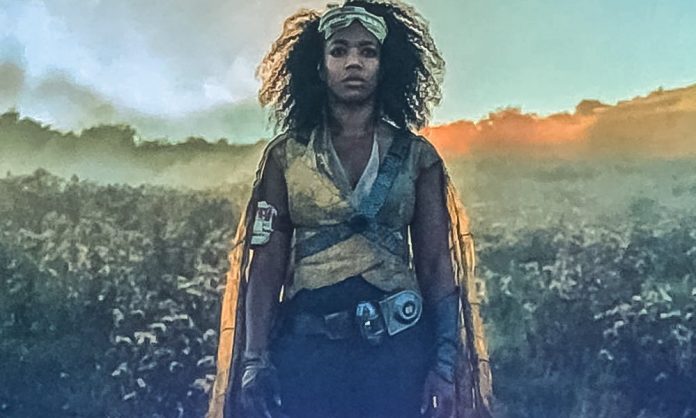 Little is known about the character. She is rumored to be the daughter of Lando Calrissian, which Ackie refused to confirm or deny.

A photo was shown to show Jannah’s appearance in the movie. In the photo, she wore a yellow and blue costume. This looks a lot like something Lando Calrissian wore right down to his cape.

An up-and-coming actor, Ackie previously appeared in the acclaimed 2016 film Lady Macbeth and opposite Peter Capaldi and Jenna Coleman in a ninth season episode of Doctor Who alongside Game of Thrones star Maisie Williams and Black Panther star Letitia Wright.

Star Wars: The Rise of Skywalker debuts in theaters worldwide on Dec. 20.