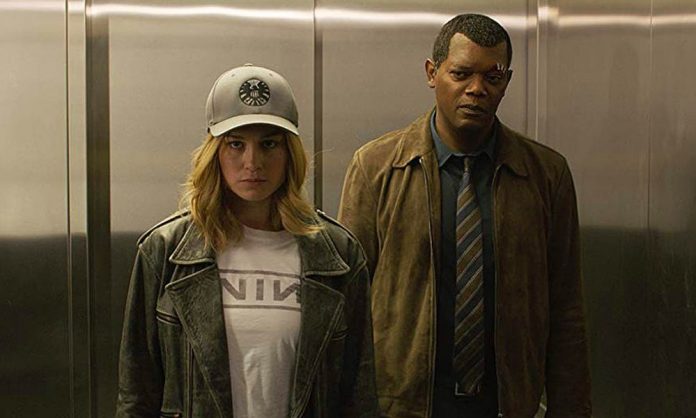 In honor of Captain Marvel, popular 90s band Nine Inch Nails has collaborated with Marvel for a limited edition T-shirt inspired by the film. The shirt is available only for a limited time and sells for $25 USD.

“Marvel approached Nine Inch Nails about doing a collaborative t-shirt in celebration of the release of Captain Marvel, in which Carol Danvers proudly displays a NIN t-shirt throughout the film,” reads the item description in the Nine Inch Nails official online store, where the shirt is available for a limited time.

NIN is just one of the many 90s references featured in the film. When she arrives on Earth, Carol Danvers ends up stealing a shirt with the band’s logo while trying to stay under the radar. She even gets called a “grunge chick” by Nick Fury.

The t-shirt is now available for pre-order in both grey and white styles. Captain Marvel is due out in North American theaters March 8.