Home Movie News ‘Pet Sematary’ Not Great, Only Gets C+ from CinemaScore 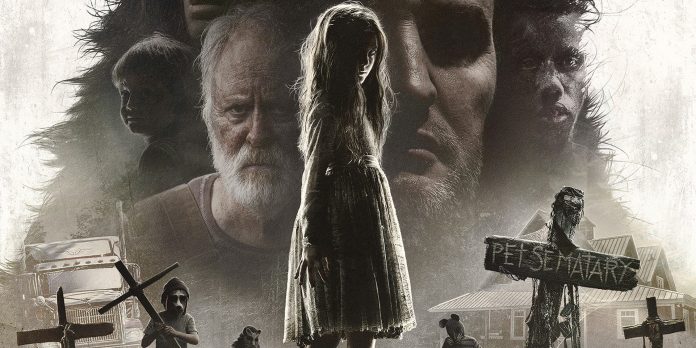 CinemaScore, the company that measures audience reaction to films, has given Pet Sematary a C+ score. In academic terms, that’s a pretty middle of the road score.

Not great like the A score earned by Captain Marvel last month or even Shazam!, which also opened in theaters this weekend or the rather dismal D+ the critically-praised Hereditary received last summer. However, it is better than the film’s Rotten Tomatoes Tomatometer. That score, calculated by looking at the positive and negative critical reviews, is currently sitting at 62%, meaning that of the 165 total reviews currently listed, 63 of them are negative or “rotten”.

The film makes a few changes from book to screen and received generally favorable responses form early screenings as well as from author King himself.

Of course, a C+ CinemaScore doesn’t mean that fans aren’t coming out for the film. It’s currently sitting in the second place spot at the box office this weekend, just behind the eagerly-anticipated DCEU installment, Shazam!

Pet Sematary is in theaters now.

(New ‘Shazam’ Trailer Explores the Lighter Side of the DC Universe)