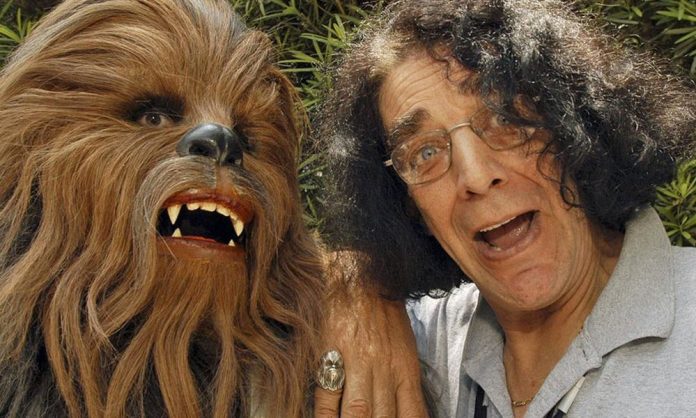 Peter Mayhew, best known for portraying Chewbacca in the Star Wars films, has passed away at the age of 74.

According to a statement on Mayhew’s Twitter account, Mayhew passed away in his home, surrounded by family. The actor reportedly died from a heart attack, according to ABC News.

Born in Barnes, Surrey in 1944, Mayhew got his first acting job in 1976, when he was cast in Sinbad and the Eye of the Tiger as a minotaur. Of course, his big break came a little later, when George Lucas was searching for someone tall to play Chewbacca in the original Star Wars film.

As the legend goes, all Mayhew needed to do was stand up and Lucas knew he found his man.

Starting with 1977’s Star Wars: A New Hope, Mayhew appeared as Chewbacca in the original Star Wars trilogy, Star Wars: Revenge of the Sithand Star Wars: The Force Awakens before stepping away from the role. Mayhew also worked as a consultant on Star Wars: The Last Jedi, when Joonas Suotamo took over the Chewbacca role.

Outside of his acting career, Mayhew formed the Peter Mayhew Foundation, a nonprofit dedicated to “the alleviation of disease, pain, suffering, and the financial toll brought on by life’s traumatic events.”

While a private service for the actor will be held on June 29, a public memorial will take place in early Dec. at EmpireConLA, where his family will attend and his personal effects will be displayed. In lieu of flowers or gifts, the family has asked the donations be made to the Peter Mayhew Foundation.

Mayhew is survived by his wife, Angie, and three children.