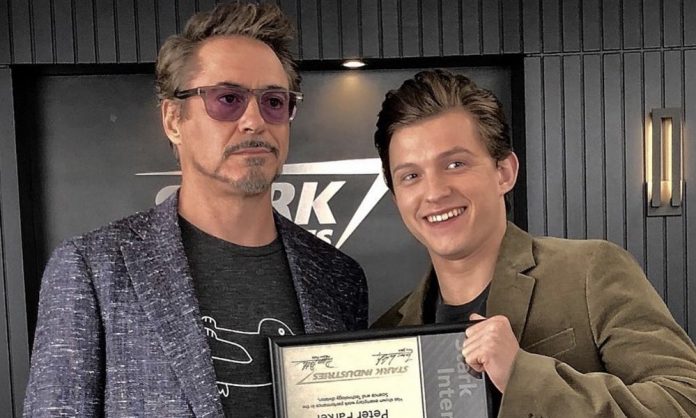 We are all eager to see Peter Parker brought back to life and reunited with his mentor once more in Avengers: Endgame. While we wait for that emotional moment, Robert Downey Jr. has shared a behind the scenes look from the film of himself with Spider-Man. Take a look:

In light with the release of Avengers 4‘s tickets came a brand new bonus teaser mostly composed of new footage – which included a brief glance of Tony looking at a framed snap of him and his mentee upon the latter’s completion of the Stark internship. The split-second shot perfectly encapsulated the two’s dynamic.

“Tony paved the way for Peter to join the bigger superhero world that exists with the Avengers in Captain America: Civil War. From the get-go, it’s clear that the two have a great dynamic so it wasn’t surprising that Iron Man, albeit reluctantly, became Spider-Man’s unofficial mentor. Marvel Studios efficiently fleshed out their relationship over the course of two films before events of Avengers: Infinity War rolled out, making Spider-Man’s death in the arms of Tony much more impactful. And the Endgame special look reminded fans of Tony’s trauma by featuring him staring at his and Peter goofing around for a snap.”

Avengers: Endgame closes out The Infinity Saga when it opens on April 26.