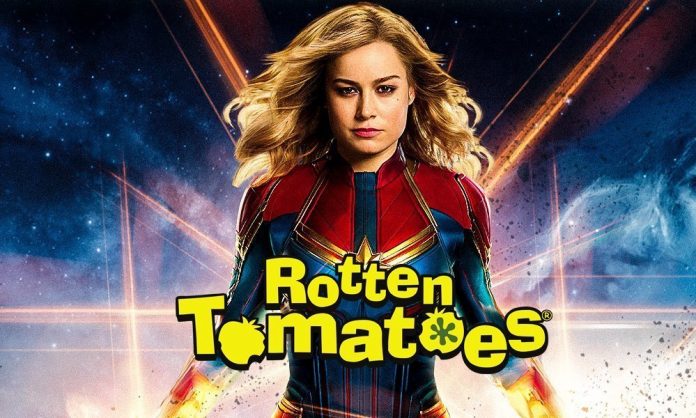 Obviously it didn’t work with Black Panther, as the critic reviews were excellent as was the word of mouth and it went on to make a billion dollars. And it probably won’t work with Captain Marvel, but of course they’re going to try it.

A disproportionate number of comments on the review page cite issues with a perception that Captain Marvel is “sexist” for a variety of reasons including but not limited to the gender of primary hero, star Brie Larson’s backing of a campaign to send under privileged girls to see Captain Marvel, and generally a number of trolls complaining that the film is a “social justice warrior” or “SJW” film. Some have even gone so far as to lodge the same complaints about Captain Marvel — which, again, won’t hit theaters for another few weeks and first reactions to the film aren’t set to debut until tomorrow — as a certain subset of “fans” did about Star Wars: The Last Jedi.

In any case, despite the early backlash, the real test for Captain Marvel comes when the film hits theaters on March 8th, 2019.