Lionsgate has given the official green light to a Knives Out sequel.

Speculation about the possible sequel began circulating in January when director Rian Johnson revealed he was working on a script. According to Deadline, Lionsgate CEO Jon Feltheimer made the official announcement during the company’s third-quarter earnings call and hinted that production on the follow-up could start very soon.

According to the film’s director Rian Johnson, the second Knives Out film would focus on Detective Benoit Blanc — played by James Bond actor Daniel Craig — as he attempts to solve a new case.

“I had such a good time making it, such a great time working with Daniel, and now just seeing that audiences are responding to it, the idea of continuing it on seems like it would just be a blast,” stated Johnson. “But there’s a lot that has to happen before that can happen, first and foremost being writing a script. So, we’ll see.” 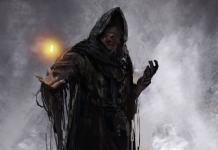