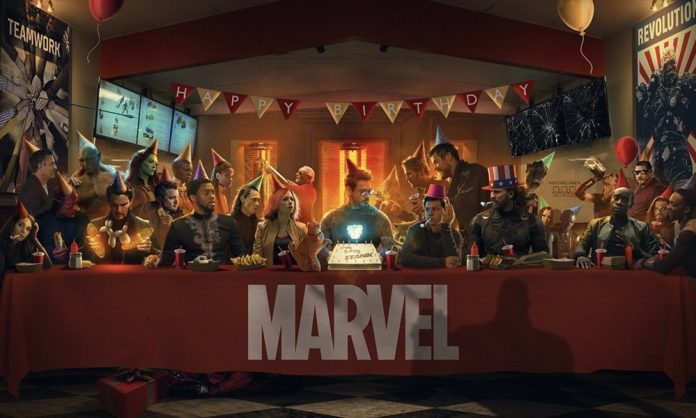 Robert Downey Jr turns 54 today and fans of the Iron Man could not keep calm.

As you can see in the image below, all-star fan-artist BossLogic has done a Robert Downey Jr. birthday tribute, in the form of a “Last Supper” picture done in true Marvel style! Check it out below – and be sure to zoom in to get all the great little Easter egg details in the image, like a Stan Lee cameo; Thanos working the camera; and even Ryan Reynolds’ Deadpool sneaking his way into the MCU!

“Wishing @robertdowneyjr a happy birthday with a special version of my shawarma piece, see I don’t know if this is the last time we are going to see this man as our ironman and he has been an inspiration to me since my iron mash series days. Thank you for everything ?” That caption was posted by BossLogic, but it might as well speak for us all.

Doesn’t this picture actually leave you a little emotional or nostalgic? Here’s wishing the actor a very happy birthday.