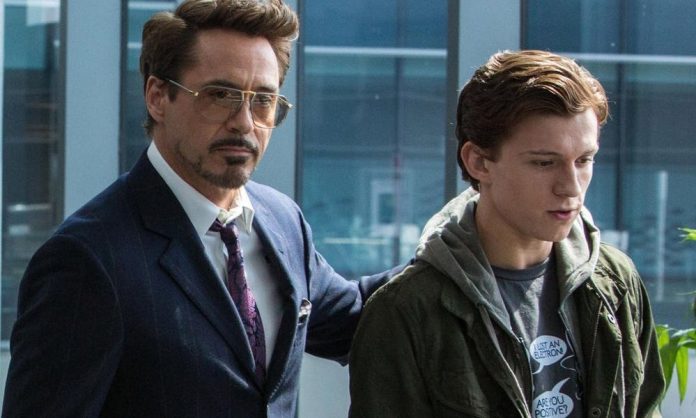 Robert Downey Jr. decided to have some fun at Tom Holland’s expense over Avengers: Endgame spoilers.

Though Holland didn’t appear on the Avengers: Endgame press tour – since his character is a pile of dust – Downey has taken the opportunity on the film’s official release day to poke fun at the younger actor for his weakness for spoiling Marvel movies once again. Check out Downey’s tweet below.

The image in Downey’s tweet comes from the animated Spider-Man TV series that aired 1967-1970. With the rise of the internet, stills from the series have become popular memes.

Holland joined the MCU in 2016’s Captain America: Civil War as a part of Tony Stark aka. Iron Man’s (Downey Jr.) team. Then he appeared in the solo movie Spider-Man: Homecoming, where he was mentored by Stark, and teamed up once again with Iron Man – along with Doctor Strange and the Guardians of the Galaxy – in Avengers: Infinity War. However, during the press tour for Infinity War, Holland accidentally spoiled the movie on multiple occasions.