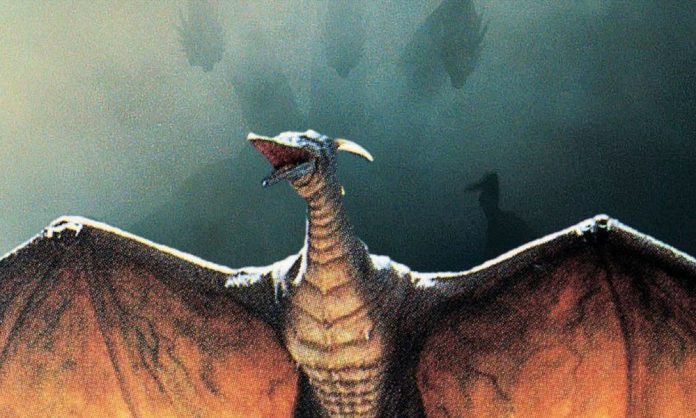 Rodan takes on the mighty King Ghidorah in a new TV spot for Godzilla: King Of The Monsters.

The clip hints at the arrival of Kumonga and Anguirus from deep beneath the Earth’s surface while Rodan is seen rising from a fiery volcano in Latin America.

As the kaiju action escalates, Godzilla and King Ghidorah are seen facing each other in a violent thunderstorm before charging each other for a seismic confrontation.

With all these kaiju and Mothra appearing in the upcoming sequel to 2014’s North American Godzilla revival, Godzilla will have plenty of competition to vie against for the title of King of the Monsters. And with Godzilla vs. Kong currently in the middle of principal photography, serving as a sequel to this year’s film and Kong: Skull Island, the fight for global kaiju dominance is far from over.

Michael Dougherty takes over Godzilla: King Of The Monsters as co-writer and director, and the trailers so far have teased a beautiful looking blockbuster filled with lots of creature action. While Rodan and Mothra will no doubt present a robust challenge, it appears King Ghidorah will be Godzilla’s toughest opponent, with the three-headed beast taking center stage in a lot of advertising for the movie.