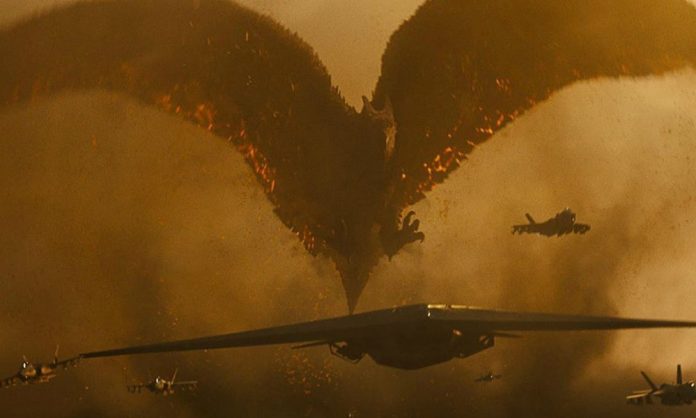 Marketing for Godzilla: King of the Monsters continues, this time showcasing security footage of Rodan.

The Monarch Sciences Twitter page released another clip showcasing the pterandon in all its volcanic glory. We can see the kaiju rising from the lava, along with its very eerie screech that almost sounds like a war cry, a signature of all of the Titans in Legendary’s MonsterVerse. There are also shots of Rodan in flight, with its red cavernous skin as intimidating as ever, hinting it’s going to be one of the movies scarier monsters in the brawl to come.

Godzilla: King of the Monsters opens May 31.