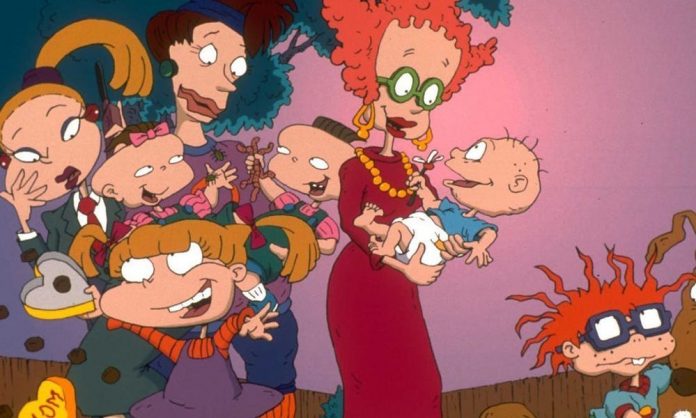 Tommy Pickles and his crew are about to make their way to the silver screen in a big way in a Paramount Players-produced live-action/CG hybrid Rugrats movie.

THR has revealed that Diary of a Wimpy Kid director David Bowers has been tapped to direct the forthcoming Rugrats feature.

While little is known about the project, it’s expected that the babies in this film will be CG creations.

Also, the initial cartoon ran for nine seasons from 1991 to 2000 and spawned three movies and a sequel series called All Grown Up!.

The property was created by Arlene Klasky, Gábor Csupò, and Paul Germain. In total, the main series ran for 172 episodes while All Grown Up! ended up airing 55 episodes before wrapping up its run in 2008. Rugrats tallied four Daytime Emmy wins and six Kids’ Choice Awards.

Paramount’s plan for a live-action Rugrats film was first announced nearly three years ago, when it was also revealed that Paramount and Nickelodeon would team to revive the popular cartoon with a 26-episode order.

Lastly, the live-action Rugrats film is slated to hit theaters on Jan. 29, 2021.

(American Horror Story: Evan Peters Will Not Return For Season 9)