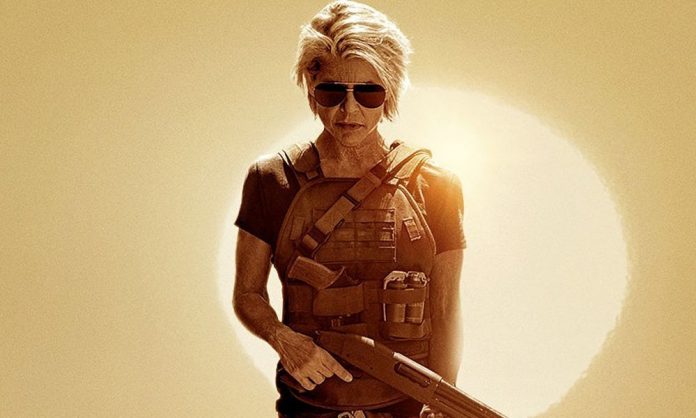 Ahead of the trailer debut for Terminator: Dark Fate tomorrow, Paramount Pictures and Skydance have released the first teaser poster today.

Featuring Linda Hamilton’s return to the role of Sarah Connor, the protagonist of the first two films, the poster shows the character armed with a shotgun as she walks down a sunlit highway.

Joining Hamilton and Schwarzenegger is original filmmaker James Cameron, who produces this installment and also co-wrote the film’s story.

As suggested by the poster’s tagline, the upcoming film is a direct sequel to 1991’s Terminator 2: Judgement Day, completely ignoring the events of Terminator 3: Rise of the Machines, Terminator: Salvation and Terminator: Genisys, leaving only the first two films as official canon.