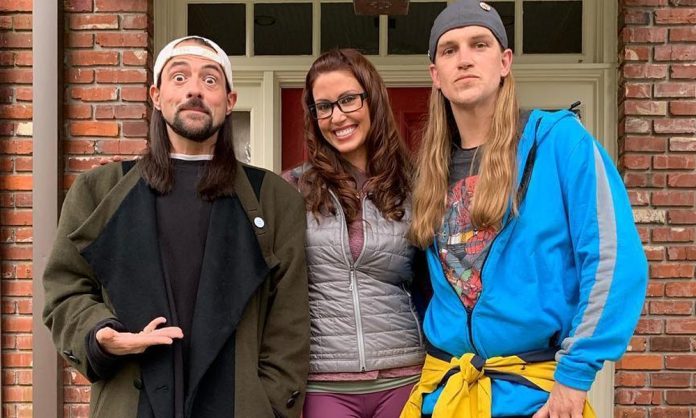 Jay & Silent Bob Reboot is bringing back another familiar face. Kevin Smith has revealed that Shannon Elizabeth is making her return as Justice.

“And Justice for all! It didn’t feel like a true sequel until Shannon Elizabeth stepped on the set of Jay and Silent Bob Reboot,” Smith wrote on Facebook. The post is accompanied by a photo of Smith, Elizabeth and co-star Jason Mewes.

This photo is just the latest to come out of the film, as Smith continues to share photos from set on social media.

This begs the question, will Ali Larter or Eliza Dushku, who were palling around with Shannon Elizabeth in the last movie, be back as well? We’ll have to wait and see on that front.