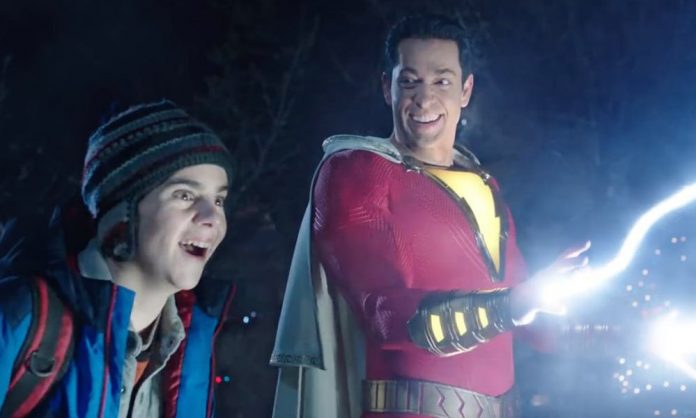 An electrifying new poster for Shazam! depicts Zachary Levi as the titular hero, who channels the power of Zeus to celebrate the fact that only one month remains until the film’s debut.

For many years, the comic book version of Shazam was also known as “The Big Red Cheese,” but from now on his big-screen counterpart shall be Captain Sparkle Fingers!

Like the poster proudly states, Shazam! is now just a month away from release.

The poster keeps with the comedic style of director David F. Sandberg’s movie, with Levi’s character striking an action-hero pose reminiscent of the 80s. Of course, with lightning blasting from his fingertips, it’s pretty clear the Big Red is not someone you want to enter into a shootout with.

Lightning is, of course, connected to the ‘Z’ in Shazam’s name; it stands for Zeus, the lightning-wielding leader of the pantheon of Greek gods. How Billy will use it to defeat Dr. Sivana remains to be seen, but — so far — the trailers have shown him frying ATMs, charging and blowing up people’s cell phones, and sadly, derailing buses and causing them to go careening off freeways.