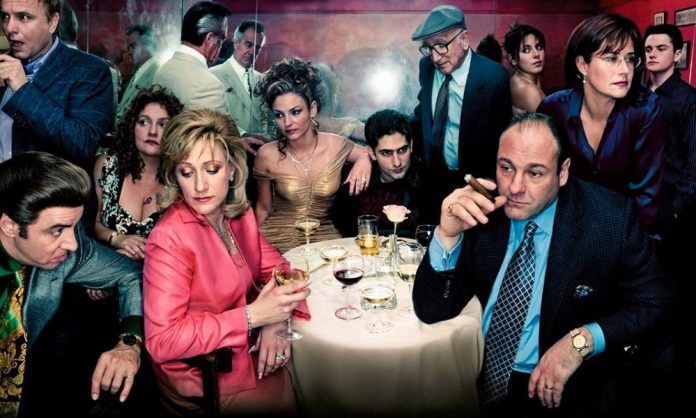 Like mob father, like mob son: Michael Gandolfini, the son of the late James Gandolfini, will play a young Tony Soprano in The Sopranos prequel, The Many Saints of Newark.

The elder Gandolfini began playing the uneasy New Jersey mob boss Tony on HBO’s acclaimed series, The Sopranos in 1999, and would go on to win three Emmys and a Golden Globe for the role. The show went off the air with a controversial and classic finale in 2007. Gandolfini would tragically pass away in 2013.

Written by The Sopranos creator David Chase and Sopranos writer Lawrence Konner, the film is set amid the riots of 1960’s Newark, New Jersey, which broke out as a result of tensions flaring between the city’s black and Italian residents. The cast so far includes Jon Bernthal, Alessandro Nivola, Vera Farmiga, Billy Magnussen, and Corey Stoll.

The late actor’s son already has a few credits to his name. He appeared in last year’s Ocean’s 8 and the HBO drama The Deuce.  The younger Gandolfini will play Tony Soprano as a teenager, as the future mob boss is taken under the wing of Nivola’s Moltisanti. Producers reportedly went through an extensive auditioning process before going with Michael Gandolfini, who resembles his father, and is said to have learned Tony’s mannerisms.

“It’s a profound honor to continue my dad’s legacy while stepping into the shoes of a young Tony Soprano,” Gandolfini said in a statement given to Deadline. “I’m thrilled that I’m going to have the opportunity to work with David Chase and the incredible company of talent he has assembled for The Many Saints of Newark.”

Obviously, taking on the role that made his father famous represents a huge opportunity for Michael Gandolfini as he tries to build his acting career. It’s also a major gamble as he’ll be stepping into the shoes of his father, an acclaimed actor playing a truly iconic character. So far, The Many Saints of Newark appears to be shaping up as an alluring project.

(“Black Panther 2 – Will Include Michael B. Jordan”)