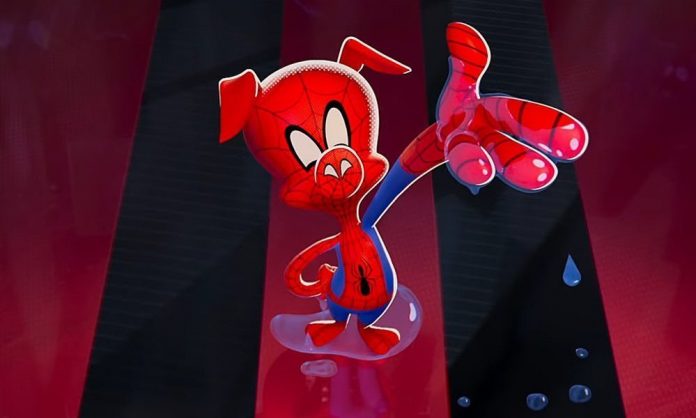 To celebrate the upcoming home release of Spider-Man: Into the Spider-Verse, Sony has announced that the special features will include a short film titled “Spider-Ham: Caught in a Ham.”

Spider-Verse may primarily tell the story of Miles Morales (Shameik Moore), but Spider-Ham: Caught in a Ham puts everyone’s favorite web-swinging swine front and center. According to Entertainment Weekly, the Miguel Jiron-directed short film will feature Spider-Ham in his every day adventures of webslinging, fighting bad guys and — of course — eating delicious food. The news came accompanied a short clip from the film, which finds the pun-slinging pig’s lunch interrupted by a mad lobster scientist in his neon-highlighted “EVIL VILLAIN LAIR.”

The full short will be available in the digital and Blu-ray/DVD releases of Into the Spider-Verse, along with 90 minutes of bonus content, including an Easter egg hunt, behind-the-scenes features and a tribute to Spider-Man comics co-creators Stan Lee and Steve Ditko.