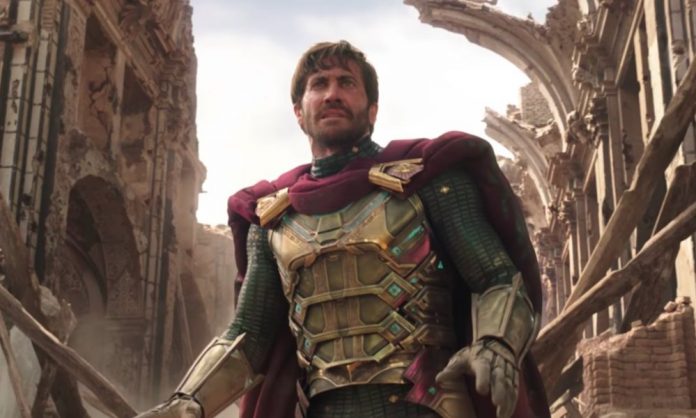 A new promotional image for Marvel and Sony’s Spider-Man: Far From Home was shared on Reddit, and it gives us our best look yet at Jake Gyllenhaal’s Mysterio sporting his full costume.

The character has an iconic appearance in the comics, and that appearance looks to be faithfully adapted for the big screen. New in-store promotional images show off the full design for Mysterio, including the fan-favorite fishbowl helmet. Take a look:

Jake Gyllenhaal is making his superhero movie debut in Spider-Man: Far From Home, nearly a decade after he was rumored to replace Tobey Maguire in the original Spider-Man movies.

“Peter Parker returns in Spider-Man: Far From Home, the next chapter of the Spider-Man: Homecoming series! Our friendly neighborhood Super Hero decides to join his best friends Ned, MJ, and the rest of the gang on a European vacation. However, Peter’s plan to leave super heroics behind for a few weeks are quickly scrapped when he begrudgingly agrees to help Nick Fury uncover the mystery of several elemental creature attacks, creating havoc across the continent!”

Fans will get to see Mysterio’s debut when Spider-Man: Far From Home premieres on July 5th.