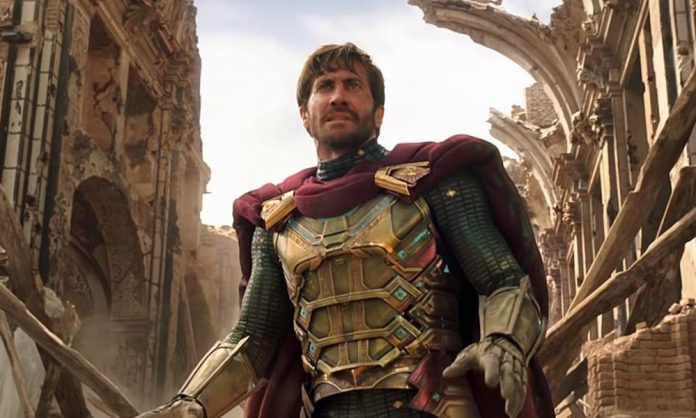 Once the events of Avengers: Endgame come to a close,  the next Marvel movie on the roster is Spider-Man: Far From Home.

Back in May 2018, Mysterio was announced as the next villain to take on Marvel’s famed Wall-Crawler. Now, a new photo teases an unlikely alliance between Spidey and the Master of Illusion.

There has been no limit to the hype surrounding Gyllenhaal’s casting as the longtime Spider-Man foe, especially after he was revealed in the film’s first trailer. Thankfully we only have to wait a couple more months to see his full performance. Sony Pictures and Marvel Studios are also helping with the wait by releasing just a little tease of what to expect from Mysterio in the form of a new photo, showing off his classic suit.

The new image of Spider-Man and Mysterio was unveiled by EW on Thursday afternoon, and it teases and unlikely partnership. Check it out:

According to director Jon Watts, the movie will test Peter’s maturity and grapple with the complexities of being a teenaged superhero.

“This film is about the world telling him, ‘It’s time for you to step up and grow up, kid,'” he told Entertainment Weekly. “[Peter’s] saying, ‘But I still want to be a kid and go on vacation.'”