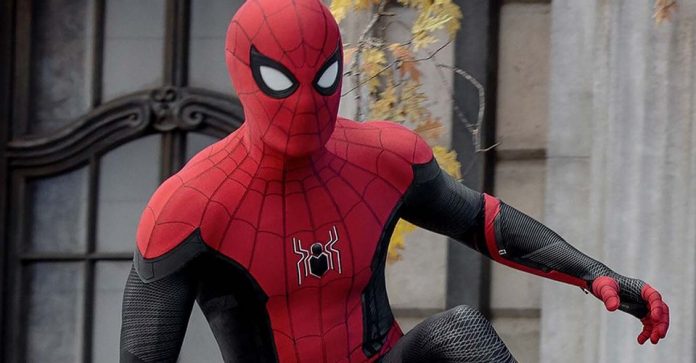 Spider-Man: No Way Home looks to be the longest Spidey film to date.

No Way Home picks up in the aftermath of Far From Home‘s post-credits scene, which saw Mysterio reveal Peter Parker’s secret to the entire world. This leads Peter to the Sanctum Santorum, where he recruits Doctor Strange to help make his identity a secret again, but a disruption in the spell causes a ripple in the multiverse that brings threats from past Spider-Man movies into the Marvel Cinematic Universe. This includes the likes of Alfred Molina’s Dr. Otto Octavius/Doctor Octopus, the yet-to-be-confirmed-by-Marvel’s Jamie Foxx as Max Dillon/Electro and Willem Dafoe as Norman Osborn/Green Goblin, and the still-rumored Rhys Ifans as Dr. Curt Conners/The Lizard and Thomas Hayden-Church as Flint Marko/Sandman.

Speaking of rumors, Marvel Studios President/Marvel Chief Creative Officer Kevin Feige recently warned fans that, as fun as rumors can be, they can also set you up for disappointment. “Rumors are fun, because many of them are true, and many of them are not true,” he said. “The danger is when you get into the expectations game of wanting people to be excited about the movie they get, and not disappointed about a movie they don’t get.”

Other rumors that are so prevalent they seem like fact but have never actually been confirmed are the appearances of Spider-Man‘s Tobey Maguire and The Amazing Spider-Man‘s Andrew Garfield. The latter has been vocal about his apparent non-involvement in No Way Home, even going so far as to allege that a widely circulated set photo of him was faked in Photoshop. “I understand why people are freaking out about the concept of that because I’m a fan as well,” Garfield said in September. “You can’t help but imagine scenes and moments of ‘Oh, my God, how fucking cool would it be if they did that?’ But it’s important for me to say on the record that this is not something I’m aware I am involved in.”