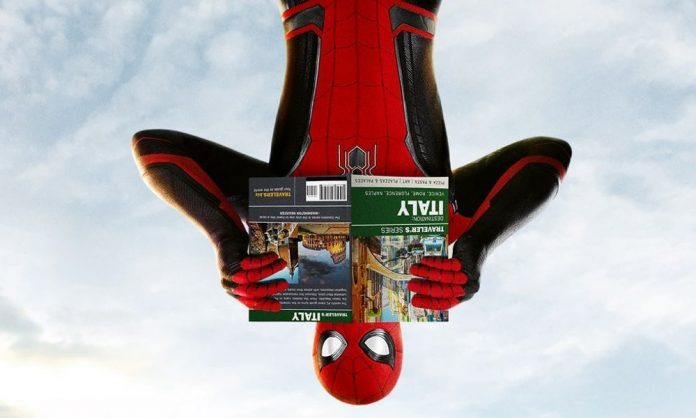 Released this morning by Sony Pictures, the new posters depict the wall-crawler perched upon the London Eye, ready to spring into action in front of Berlin’s Brandenburg Gate, and consulting a travel guide while hanging from one Venice’s famed bridges.

Despite suffering a tragic death at the end of Avengers: Infinity War, Your Friendly Neighborhood remains in the plans for the Marvel Cinematic Universe’s future. This July, the character headlines his next standalone film, which sees Peter and his friends embark on a summer vacation that’s interrupted by Nick Fury. Back in January, Sony started up the marketing campaign by releasing the film’s first trailer, which showcased Jake Gyllenhaal’s Mysterio.

The sequel to 2017’s Spider-Man: Homecoming, and the first Marvel Cinematic Universe release following the events of Avengers: Endgame, Far From Home sends Tom Holland’s Peter Parker on a school trip to Europe. There he’s recruited by Nick Fury (Samuel L. Jackson) to team with the enigmatic Mysterio (Jake Gyllenhaal) to stop a new threat: elemental creatures that have been popping up across the continent.