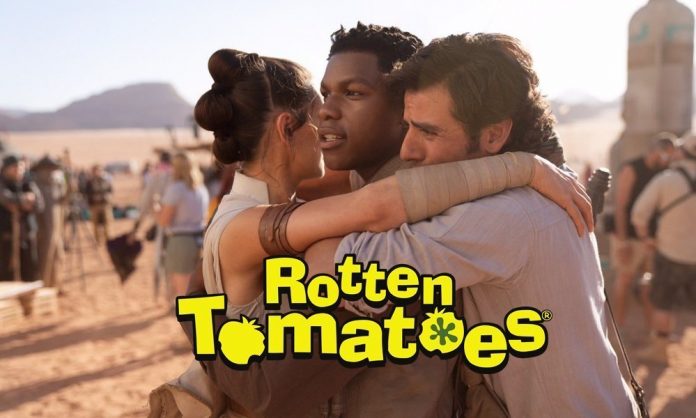 Last week, it was the fake “review” bombing of Marvel’s upcoming Captain Marvel that made headlines well before anyone could have even seen the film. Now, it’s Star Wars: Episode IX getting the same treatment.

Star Wars 9 doesn’t come out for ten more months, but commenters are already review bombing the movie on Rotten Tomatoes. Granted, there will be those who will counter “but they aren’t reviews!” but the negative comments are firmly located under the “audience” tab of the “Star Wars: Episode IX Reviews” page, the same location where audience reviews will land when the film opens in theaters ten months from now.

Such score-manipulating campaigns, often launched via forums like 4chan or through Facebook pages, have become an unfortunate part of the movie going culture in recent years. Already in 2019, trolls have launched an attack on Captain Marvel, which is a natural target for some thanks to its female lead and obvious empowerment themes. Last year, Black Panther was subjected to a similar effort to torpedo its Rotten Tomatoes score, but trolls failed to put a dent in enthusiasm for the movie which went on to gross $1.3 billion at the box office while scoring six Oscar nominations including one for Best Picture.

In the case of Captain Marvel, Rotten Tomatoes has taken the step of removing “toxic” reviews from their commenting pages, and it’s safe to assume similar efforts will be taken to clean up the comment section for Star Wars 9. At the very least, it seems Rotten Tomatoes should make an effort to prevent such comments from being posted at all until the film in question is released. Obviously, it’s impossible to prevent all trolling and still have anything resembling an open forum for people to give their opinions. However, when there’s an obvious effort being made to deliberately torpedo a film’s rating, a site like Rotten Tomatoes is clearly justified in taking steps to block trolls. Ultimately though, such efforts never seem to affect the targeted movies’ box office returns, and it seems highly unlikely that Star Wars 9 will be adversely affected either.