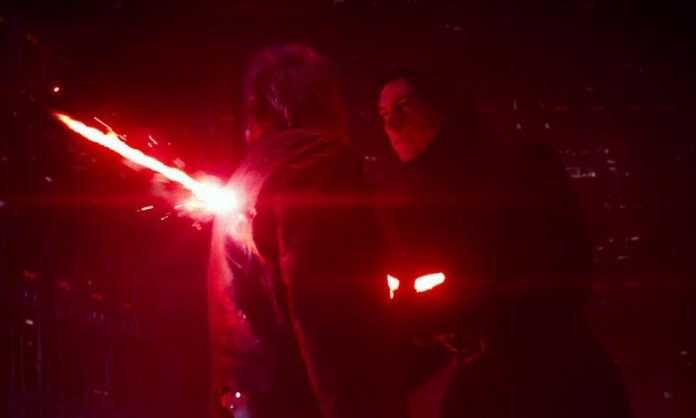 Star Wars: The Rise of Skywalker may include the return of another major franchise character.

According to Making Star Wars,  Harrison Ford returned as Han Solo in The Rise of Skywalker for a cameo.. Details are vague, but allegedly Han Solo would appear to Kylo Ren as a vision conjured up by Luke. Han would then tell his son “it isn’t too late,” seemingly referring to Ben Solo’s possible redemption.

One of the outlet’s sources claimed this part happens after Kylo tells Darth Vader’s helmet to “show him the darkness again.” Luke apparently intervenes by making Ben see his fallen father instead. However, this report is coming from anonymous sources, which means it has to go into the rumor pile for now, until it is officially confirmed.

If the return of Han Solo is true, it could give Mark Hamill the partial reunion he was hoping for in The Force Awakens. Hamill wanted to see Luke, Leia, and Han reunite on the big screen, even if it was for a brief amount of time.

Regardless of how this scene fits into the film, the biggest story here is that Ford is (reportedly) back as Han Solo to help close out the Skywalker saga.