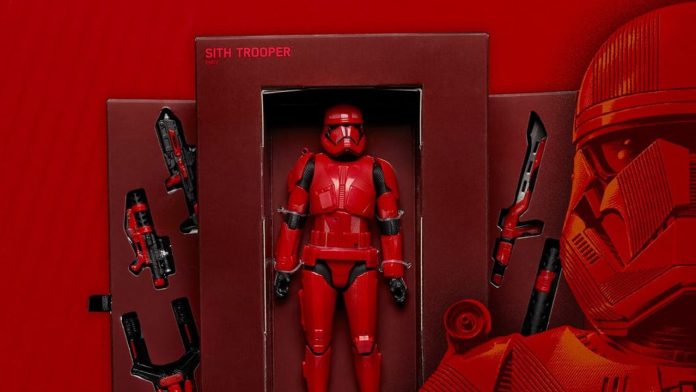 The Sith Trooper design from Star Wars: The Rise of Skywalker is officially revealed, ahead of San Diego Comic-Con 2019.

The crimson red Stormtroopers, now officially dubbed Sith Troopers, have only been seen briefly thus far in the lead up to the final film in the Skywalker saga. However, at SDCC, they’ll be on display in an exhibit featuring troopers from across the entire Star Wars franchise.

Today on the latest episode of The Star Wars Show, the design of the Sith Trooper was unveiled. As one can see, it’s a crimson red suit of armor, making this a striking contrast from a number of the other variants that have been seen in the other movies. You can take a look at the Sith Trooper debut and first-look tie-in products in the video below:

Sith Troopers made their debut in the fan-favorite Star Wars: Knights of the Old Republic video game, which is part of the now-defunct Expanded Universe (aka Legends).

The Office Is Officially Leaving Netflix In 2021