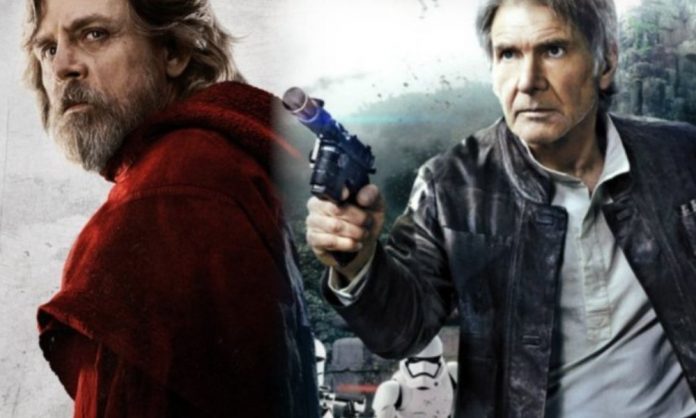 The last time the two characters were seen on screen together was in Return of the Jedi, which was released in 1983.

Han was murdered in The Force Awakens at the hands of his own son, Ben Solo/Kylo Ren. Luke learned of his old friend’s demise in The Last Jedi. After a lengthy duel with his nephew, Luke became one with the Force.

Despite the character’s death, his story may not be over. Hamill is set to return in the yet untitled Star Wars: Episode IX. However few details have been given regarding his role. Hamill himself has indicated that his appearance in the final installment will be limited to a simple cameo. Disney-Lucasfilm releases Abrams’ Star Wars: EpisodeIX December 20.