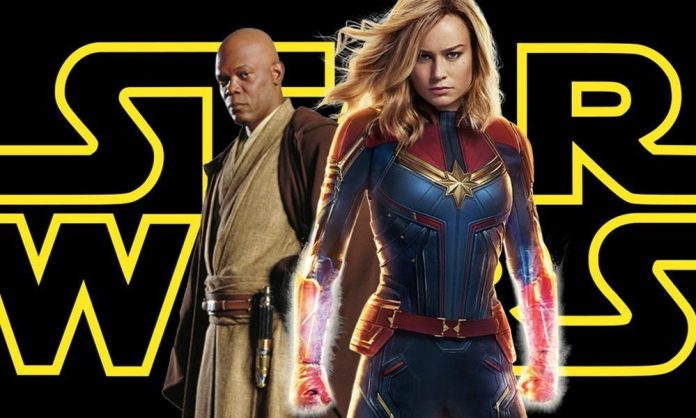 Captain Marvel’s Brie Larson casually opened up about wanting to be a Jedi, and Star Wars personally responded to her.

In a cover story for EW, Larson said she wanted to be a Jedi after she got to hold Samuel L. Jackson’s lightsaber prop from the Star Wars prequels. It didn’t take long for the official Star Wars Twitter to throw in the final judgement, writing that the Force was inside her all along.

Though Captain Marvel and Star Wars exist in very different universes, they’ve actually been dealing with some real-life issues in regard to early fan reactions. Before any audiences have even seen the films, both have earned negative ratings on Rotten Tomatoes. Though Rotten Tomatoes has attempted to fix this sort of problem, restructuring their audience rating system after Captain Marvel was trolled with negative audience reviews, the system has hardly been perfected.

On a more positive note, though, regardless of what internet trolls might think, the excitement surrounding both Captain Marvel and Star Wars: Episode IX is potent, as both films are pushing their respective franchises into new directions. Whether or not those new directions end up officially inviting Larson into the Star Wars universe remains to be seen, but given what both franchises have put out so far,  anything is possible.