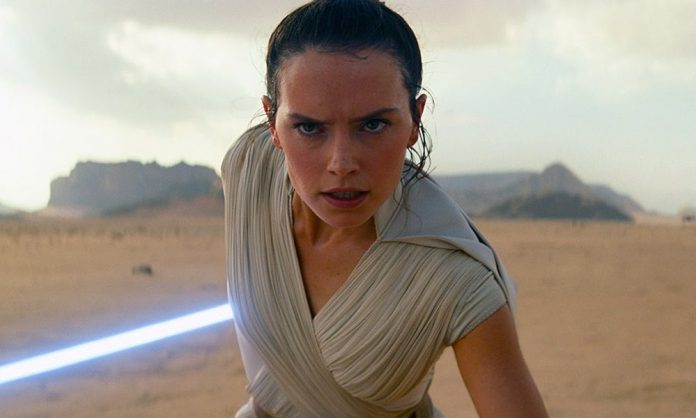 The title of the hugely-anticipated next Star Wars film has finally been revealed, and it’s Star Wars Episode IX: The Rise Of Skywalker. The title was announced during a panel discussion at the franchise’s annual Star Wars Celebration convention, which is currently underway in Chicago. Alongside the name reveal, Lucasfilm also shared the movie’s first poster.

The Star Wars saga will come to a close with Star Wars: The Rise of Skywalker, a movie that will feature the next generation of intergalactic heroes taking on the ultimate evil in the galaxy. With the title now officially revealed, Disney and Lucasfilm have also released the first teaser poster for the film.

Following the tradition of The Force Awakens and The Last Jedi before it, The Rise of Skywalker‘s first poster features the familiar Star Wars logo against a starry backdrop. The bluish-purple color sets it apart from the yellow and red of Episodes VII and VIII, allowing the newly revealed title to shine.