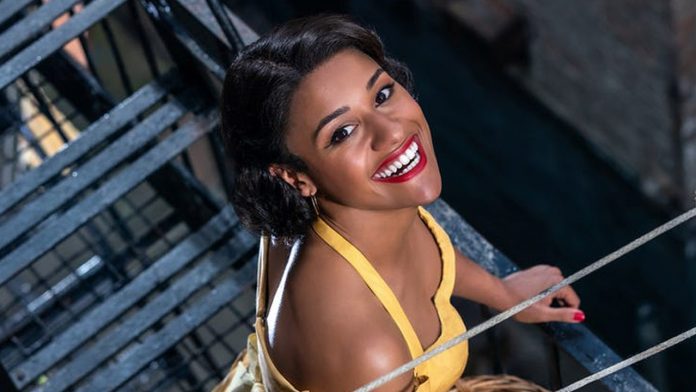 The first image of Ariana DeBose as Anita in Steven Spielberg’s West Side Story has been released.

Anita can be seen standing on a fire escape high above the New York City streets, wearing a bright yellow dress and a big smile on her face. You can check out the first photo of DeBose in the role, below.

In addition to being part of the ensemble for the Broadway sensation Hamilton back in 2015, DeBose has appeared in the Bring It OnBroadway musical and Summer: The Donna Summer Musical over the last ten years.

The film is being written by Spielberg’s Munich and Lincoln collaborator, Tony Kushner, and is said to hew closer to the original 1957 Broadway show than the Best Picture-winning 1961 movie adaptation. But at the same time, it will still include all the beloved musical numbers that people know from the ’61 film.