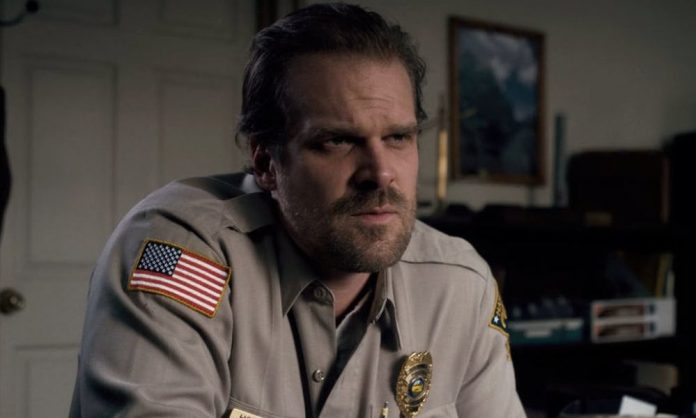 Harbour’s role in the film is unknown at this time, according to The Hollywood Reporter. However, the outlet also doubles down Florence Pugh’s inclusion in the project, which was reported in March.

Harbour, for his part, has quickly gone from being a respected character actor to an in-demand star, thanks to his ongoing role as the loveably grouchy Chief Jim Hopper on Netflix’s Stranger Things. The actor has played supporting roles in comic book movies past (namely, Suicide Squad), but will make the jump to leading man with his turn in this month’s Hellboy movie reboot, ahead of Stranger Things 3‘s premiere in early July.

Black Widow is set to be directed by Cate Shortland (Berlin Syndrome) from a script by Jac Schaeffer (Captain Marvel) and rewrites by Ned Benson. The film will see Scarlett Johansson reprise her role as Natasha Romanoff, aka Black Widow, and is expected to be a prequel much like Captain Marvel. While an official release date has not yet been announced, Black Widow is rumored to hit the big screen on May 1, 2020.