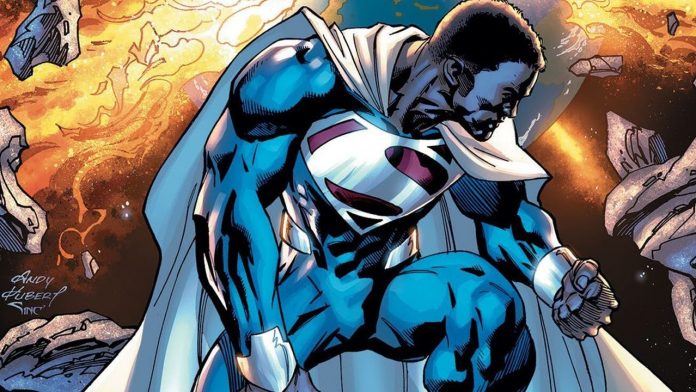 Dwayne Johnson states that he believes one day cinematic comic book adaptations will see a version of Superman played by a black actor.

“I think they’re doing great, I think obviously Marvel has done a tremendous job in building out. And also, for me, we’re doing Black Adam with Warner Brothers and DC, we’re very excited about that,” Johnson told Variety at the Hollywood premiere of Fast & Furious Presents: Hobbs & Shaw when asked about the industry’s efforts behind diversity and inclusion in the superhero genre.

Johnson added with a wink and a smile, “And maybe one day we will see a black Superman. You’re looking at him.” You can watch the whole statement below.

“There is a huge upside to it, but being under that microscope, being picked apart and compared to so many different versions of Superman… I would rather do something original. I’ll be Calvin Ellis.”

Ellis is an Elseworlds interpretation of the traditional Superman character: in an alternate universe, dubbed Earth-23, Ellis is a black man and that world’s Superman. He’s also a Kryptonian, named Kalel, and is president of the United States.

Michael B. Jordan Becomes The Next Superman In Awesome New Art