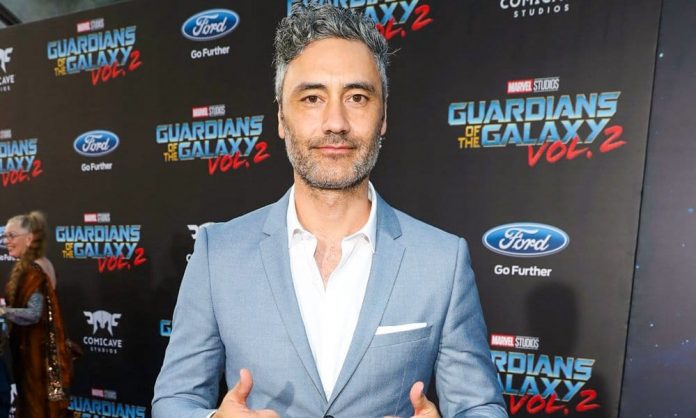 Speaking at FX’s Television Critics of America stop today, Waititi said he wants to remain involved with Marvel, but didn’t want anything to do with the third Guardians flick. Waititi has confirmed he has no interest in filling the void left by the dismissal of James Gunn.

“I didn’t really,” Waititi revealed when asked whether or not he talked with Marvel about the position. “For me, those are James (Gunn)’s films.”

“Going into something like that with his stamp all over his films, would be like going into someone’s house and saying ‘Hey, I’m your new dad, and this is how we make peanut butter sandwiches now.’ It feels kind of awkward.”

Gunn is reportedly in talks to write and direct DC’s Suicide Squad sequel, which is expected to be more of a reboot rather than a direct continuation of David Ayer’s film.

As for Waititi’s future with Marvel, he has already met with the studio to discuss a mystery project, so he very well may end up calling the shots on one of the Phase 4 projects currently in development. Since Marvel has kept their post-Endgame plans secretive, it’s anyone’s best guess what that might be. In the meantime, Waititi is keeping busy with projects that are right up his alley. The Thor: Ragnarok boss was in the director’s chair for an episode of Jon Favreau’s The Mandalorian for Disney+.

With Waititi out of the running for the Guardians director role, who would you like to see helm the third cosmic adventure between the lovable losers? Let us know your thoughts in the comments below.

(‘Star Wars: The Mandalorian’ Will Honor The Spirit Of The Original Trilogy)