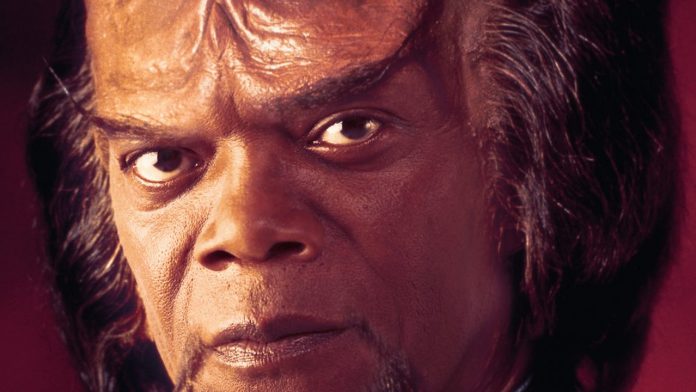 Quentin Tarantino has said that his take on Star Trek would be like “Pulp Fiction in space”, and even called out a British star with connections to the franchise for not knowing what he’s talking about.

Tarantino is a little upset with Simon Pegg, who plays Scotty in the new movie franchise version of Star Trek. About being Pulp Fiction in space, or what some are calling The Wild Bunch in space, the filmmaker says this.

“I don’t know if I’ll do it or not. I’ve got to figure it out, but [Mark L. Smith] wrote a really cool script. I like it a lot. There’s some things I need to work on but I really, really liked it. I get annoyed at Simon Pegg. He doesn’t know anything about what’s going on and he keeps making all these comments as if he knows about stuff. One of the comments he said, he’s like “Well, look, it’s not going to be Pulp Fiction in space.” Yes, it is! [laughs hard]. If I do it, that’s exactly what it’ll be. It’ll be Pulp Fiction in space. That Pulp Fiction-y aspect, when I read the script, I felt, I have never read a science fiction movie that has this sh*t in it, ever. There’s no science fiction movie that has this in it. And they said, I know, that’s why we want to make it. It’s, at the very least, unique in that regard.”

Should Tarantino decide to helm the project, he’s clearly confident in being given the creative freedom to approach the subject matter however he sees fit.

Tarantino is on the cusp of releasing his ninth movie, the star-laden Once Upon A Time In Hollywood, but he’s previously said that he plans to retire after 10 movies. This would mean that if he takes on the Star Trek project, it will be the last film.